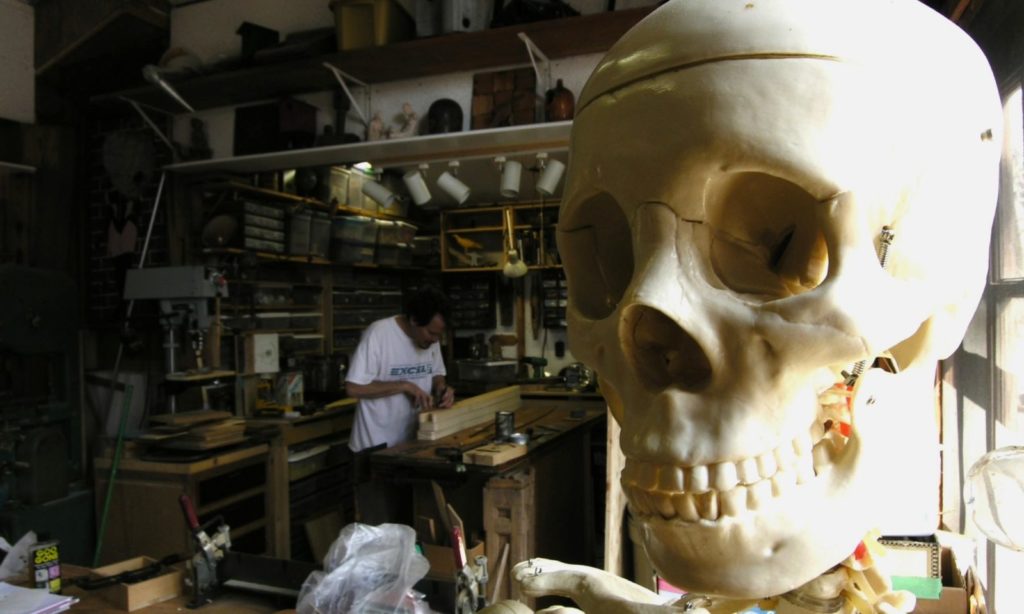 Paul Sumner is a mixed-media craftsman hailing from North Carolina’s Piedmont region. For the last 35 years Paul has produced hand-crafted wood and metal sculpture from his home studio in Summerfield NC, just outside of Greensboro, where he resides with his wife and fellow artist Linda Sumner. His work can be found at galleries and craft shows throughout the country. 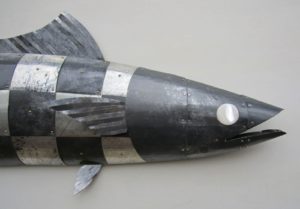 Paul’s work has evolved over the years to become an expression of all his passions, not just his love of the medium of wood. He began more than 30 years ago as a traditional wood craftsman, making jewelry boxes and furniture.  His interests branched out to explore the textural possibilities of wood, then to color, and on to the addition of other materials until his work became truly mixed media. 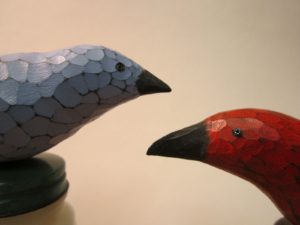 Animals have become a dominant theme. Fish are  a perfect canvas for his exploration of color, texture and pattern. Paul is drawn to realistic body shapes, but allow the surface decoration to follow his whimsy. Birds are another creature of interest, beginning with birdhouses for his feathered neighbors and evolving to freestanding sculptures. Paul enjoys creating insects, because they give him the freedom to explore color and form in an unrestricted way 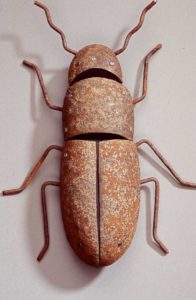 Paul’s most recent work involves combining metal with wood. An avid antique tin collector, he has used a variety of animal and insect forms as a way to expand his palette to include old tins, which are outstanding for their color and pattern. The tins also allow him the opportunity to explore the possibility of introducing words into the visual realm of art. He likes to hint at meaning or humor using text he extracts from his tins. 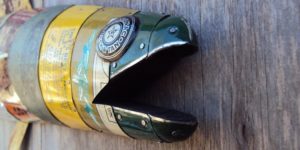 Each of Paul’s pieces is unique, and the images in the portfolio section of this site may not reflect what is currently in stock. Not to worry! Paul does custom orders. If you see a piece in the gallery that’s not listed as available in the Recent Works section, get in touch with Paul and let him know what you’re interested in. Note that availability and pricing is based on labor and materials on hand.

We had a great show in Baltimore this year. The wholesale part was 2 days, followed by 3 days of retail. We enjoyed connecting with many old … END_OF_DOCUMENT_TOKEN_TO_BE_REPLACED 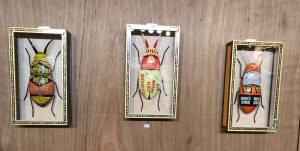 We exhibited in the Craft + Design show November 22-24 at the beautiful Main Street Station in downtown Richmond, Virginia. What an … END_OF_DOCUMENT_TOKEN_TO_BE_REPLACED 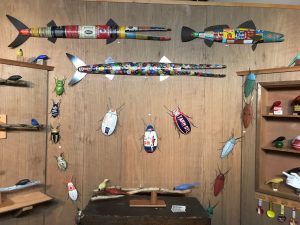 We had the pleasure of exhibiting again in the American Craft Exposition September 19-22 at the beautiful Chicago Botanic Garden. We brought … END_OF_DOCUMENT_TOKEN_TO_BE_REPLACED

Have you noticed that some of the photos on the site look really, really good? They were most likely taken by Triad area photographer and dear friend Alex Bee. See more of his work at: